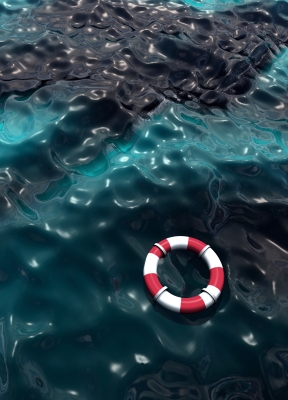 Police often carry out duties that are dangerous and heroic at the same time. Many times lives are saved, both human and animal lives, when police come to the rescue. Being a police officer is not for the faint of heart. Many thanks go out to heroic police officers.

In January of 2012, the Australian Prime Minister and Opposition leader Tony Abbott were rescued in Canberra when an Australian Day Medal Ceremony went tragically wrong. Protesters trapped the two officials in a restaurant in Canberra and about 50 police officers responded by helping the two to escape in the midst of violence and windows being smashed. The two leaders escaped out of a side door, accompanied by police officers and were quickly led to safety.

A man from Louisville, Kentucky felt lucky to be alive after he had been working at a convenience store in Kentucky and was kidnapped by three people. He was bound, gagged and stuffed into the trunk of his car where he slipped in and out of consciousness while the trio drove around for several hours. Police officers stopped the car in Texas and heard the man’s muffled screams from the car trunk. When they opened the trunk, the man escaped and told his harrowing tale to officers. The man later said he had no idea what the intentions were of his kidnappers and he felt lucky to be alive after the ordeal.

A baby deer who had fallen into a hole beneath a construction site was rescued by several Suffolk County New York police officers. One officer descended 20 feet into the hole while wearing a breathing apparatus and safety harness. When he got there, the baby deer was making crying noises but otherwise appeared to be healthy. The officer put a harness around the deer’s torso and he was gently lifted out of the hole to safety. After a couple of pictures with his rescuers, the frightened deer was released into the wild.

Several storm victims who were on top of a building were rescued by police officers from the New York Police Department. Using a helicopter knows as “Helicopter 23,” the people were airlifted to safety. Helicopter 23 was named after 23 police officers who had been killed years earlier during the September 11, 2012 terrorist attacks on New York City.

A woman whose vehicle had careened out of control into an icy creek in Indiana was rescued by an off duty police officer. He saw her SUV flip out of control into the icy water and responded without hesitation. He broke the passenger side window and held her head out of the icy water until more help arrived. The police officer later said he was simply in the right place at the right time.

Jimmy Harris is a Journalist from Sydney, Australia. He says that police all around the world do an amazing job with all of the risks associated with the job. He says that they should all consider taking out police officer insuranceÂ for financial protection in their dangerous line of work.